More filters. Sort order. Jul 17, Cheryl rated it really liked it. No doubt I'm overanalyzing, but: And I don't love the ending - view spoiler [I'm so sick of adults in old books saying 'no you can't have that pet' until the pet saves the life of the child.


Here, I guess it's almost ok, because the king doesn't have any real good reason to banish Darius the fire he set was accidental and he's not maliciously dangerous And besides, should one make friends with a lynx, or a fox, or any wild creature? True, Darius isn't a wild creature, and is sentient, and is lonely in the wilderness.

But it's just confusing. What are the ethics here? Will you discuss them with your child? But the beginning of the story is enchanting, and it is a great story against prejudice. Don't judge an individual by stories about 'his kind of people' and maybe you can have a wonderful friendship with him Jun 05, Kim rated it it was amazing Shelves: picture-books.

What is Kobo Super Points?

This book was a favorite of my three kids and now it is in the traveling collection for my grand kids. The illustrations are happy. It is always fun to read. Apr 25, Paul rated it it was amazing. I can't believe this is on here! It's about a Dragon, called Frederick. Who likes to spit fire. It's great. As dragons developed some teeth began to have a higher and higher content of iron in them. These teeth were stronger, and could break more things. At one point, a chance mutation caused two teeth to be angled in such a way that they would cause a spark.

This would then cause the mixture of hydrogen and oxygen in the mouth to ignite, and the process described above would happen.


Especially if dragons laid and wait and did nothing for much of the time. Then they would eat only occasionally, and then in large amounts as there prey would be unprepared. Fireproof scales are just standard bone, and would not be that energy consumptive to create. Breathing fire costs little energy, because it is done by using the work symbiotic creatures. Finally, don't argue. Dragons don't like it. If that didn't convince, read the ending. I could hardly beat the great level of detail in the other answers, but I like dragons a lot and I think I can share my relevant knowledge with you.

I would assume a dragon would be quite similar to the dinosaurs or the creatures that represent the evolutionary phase between reptiles and birds like the Archeopterix , based on the popular representations in folklore tales and fantasy stories. Egg hatching then would be the way of reproduction.

The growing can depend on many factors, but in most cases it is determined primarily by the DNA. An interesting case aside from the topic is a Liger , that is a hybrid produced of a male lion and a female tiger. It is the biggest cat in the world and for a reason - the genes for growth reduction are carried by the male tiger for the tiger specie and by the female lion for the lions specie respectively.

Thus a liger has no genes for resticting his growth and so it was believed 1 to grow all his life, becomming the largest cat in the world. If dragons were not a regular specie, but produced as a hybrid betweeen species so that it happens to lack growth restriction genes, or if their DNA did not have the growth restriction for other reasons, then a dragon could grow in size troughout his life. Flight is a very energy intensive task and has a lot of requirements for the body structure, mass and size in general. Thus, it would eventually contradict with the first point of near-limitless growth. We could still assume a dragon is similar to a bird-like reptile, or a pterodactyle, it would grow large enough and still be able to fly.

If growing continues to a certain point, it is possible the dragon reaches size and mass that would not allow him to fly. Since then, a dragon could adapt and lead a life similar to the non-winged dinosaurs and the other ground predators. Breathing fire, literally, is something that I personally would not believe.

However, since this characteristic is taken from foklore tales, we could assume these are either exaggerated descriptions of a real capability, or otherwise twisted by the story retelling. Still, I would associate this ability with the description of the Komodo Dragon , which is a large lizzard of the Varanidae family. These lizzards are known both for their large sizes and "poisonous" saliva.

Their saliva is not really poisonous, but it has special bacteria which causes the decay of any exposed flesh. The exposure wounds similar to burns of acid, and these could have been attributed to a "breath of fire" by our uneducated ancestors. I watched a BBC show a long time ago I am unable to recall the name , which also supported this thesis, and added some ancient cultures drawings as a proof - the drawings were of large Varanidae-like lizzards breathing fire. It is still uncertain if these would rather contribute to the "fire lizzard" folklore specie, insted of supporting the dragon existence, however.

If the creature is indeed derived from a dinosaurus, or is a reptile-bird specimen, then it could share the same need for energy we already know these species have dinos were large and ate a lot, burds need great amounts of energy to fly and lead quite a dynamic way of life. Definitely, a dragon would be a mobile creature with active lifestyle able to fly , which requires a lot of energy.

It makes sense that the dragon would more than often predate on large and potent prey in order to support its existence. In addition, it could also have evolved the ability to go into a lethargic state, like some mammals and reptiles do if the time of the year is not suitable for frequent feeding. In some folklore tales, and modern fantasy stories, dragons are often being "awakened" from years of sleep by the story's main character. This statement was based on outdated information I had on the topic.

However, newer information regarding this hybrid specie does not support the lifetime growth ability refer to wikipedia article and Tim B's comment below. The tigon retains smaller sizes in comparison to both his parent species, due to having both lion and tiger growth restriction genes.

Well, fire-breathing without burning yourself is obviously possible. In addition to various systems already proposed with binary compounds, I'd like to point out that you could have self-igniting saliva that includes a stabilizing compounds. This IIRC is the method many poisonous snakes use with their poison. They simply secrete the anti-dote together with the poison and it will protect them from incidental exposure, but when the venom is "used properly" the protection will fall short and the target will be poisoned.

Poison could be initially an irritant, evolve to being corrosive ants have acid for example , and if the corrosive is oxidative that is short path to making things burn. It would likely be a mixture of several oxidizers and matching stabilizers. Oxidizers would probably mostly be based on oxygen from the air.


Chlorine might be easy enough to get near the ocean. Fluorine would be kind of neat to add, but I am not sure if there is a convenient source. As a practical matter the stabilizers would probably be something that is rapidly vaporized. Inside the dragon it would be continuously replenished, but as soon as the "fire-breathing" started the chemical balance would break almost instantly. Some fuel beyond the methane from breathing would probably be also mixed in. 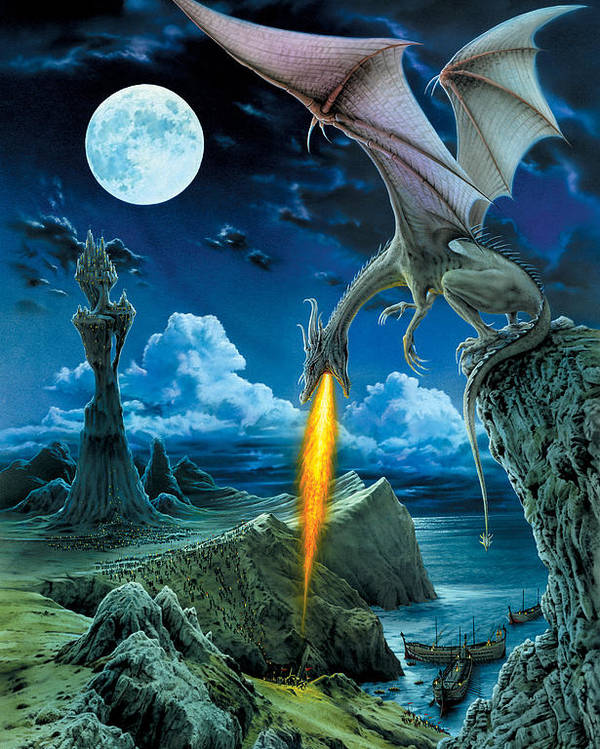 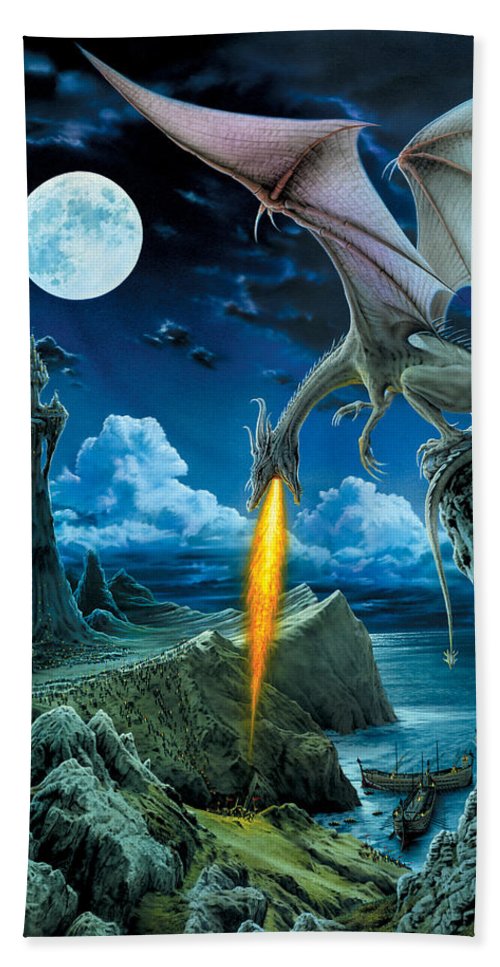 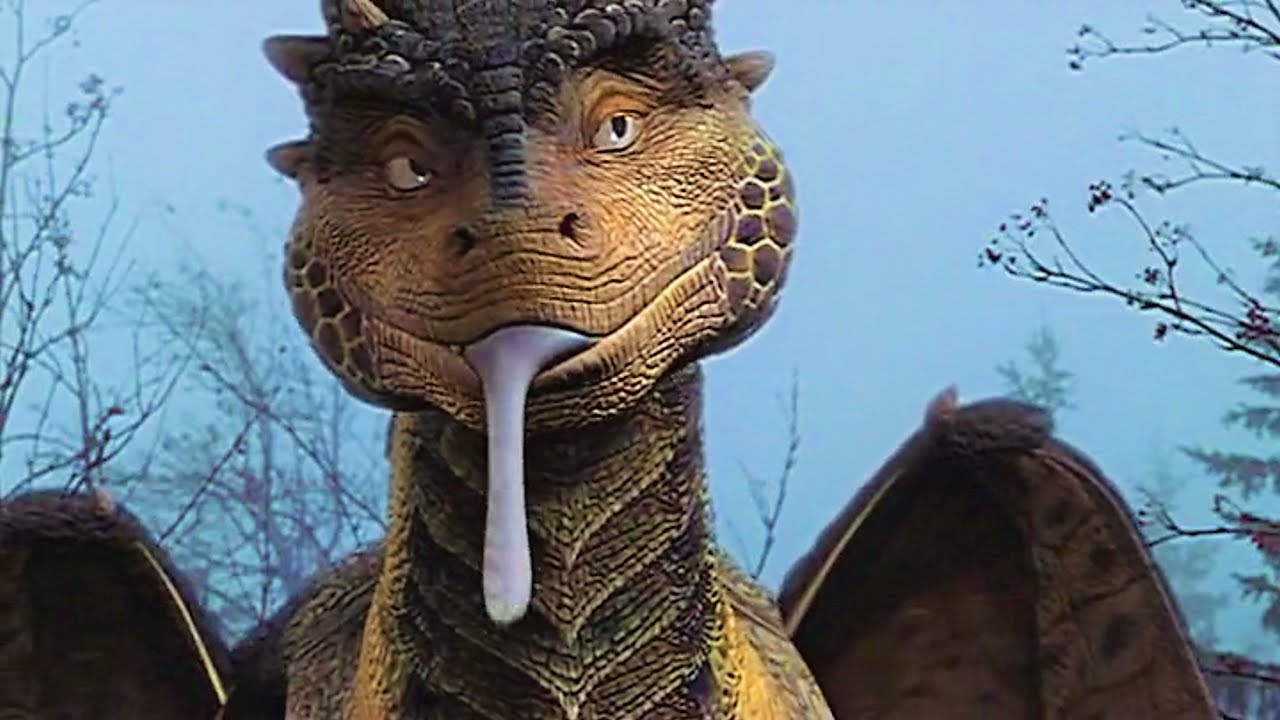